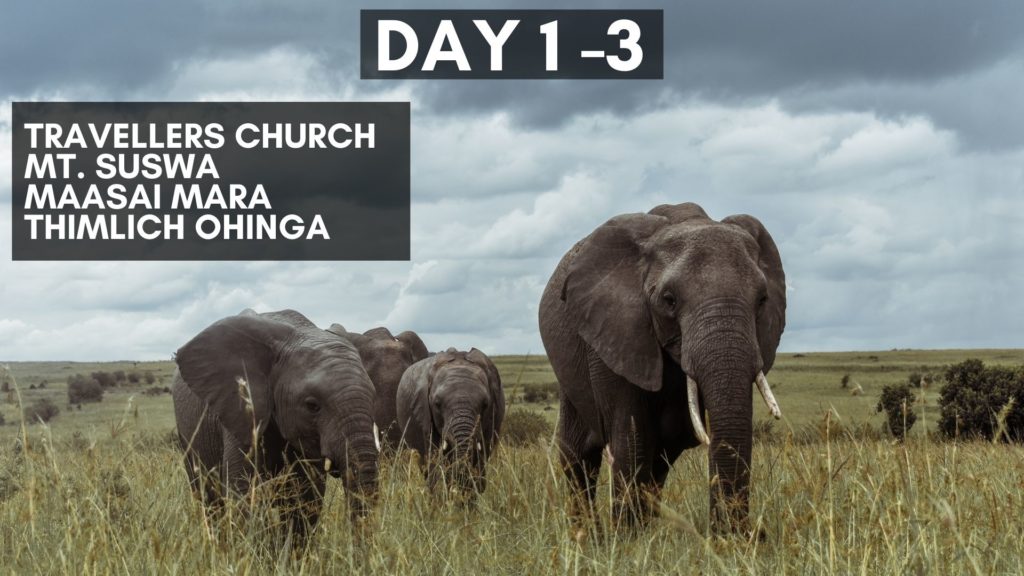 I went on a 29 days epic trip around Kenya. A trip I could never imagine to do so soon or any time soon. It has always been my dream in life to visit each and every African country but before I get to do that, I had to first travel to every corner of my own country. Kenya.
This is the story of how all this trip came together and all the destinations we visited.

You see, I haven’t travelled beyond our borders….apart from that one time I crossed to Tanzania for a night party and came back to kenya still at night so that doesn’t count. The two guys I was to travel with on the other hand had travelled to over 50 countries from all the stories they got to tell me. More than 20 African countries. I was a total novice between two experts.
The two guys are also very private people & I promised to keep their privacy. They are a couple and I will refer to them as Jane and Albert. And here is a picture of us standing in front of Koitobos peak in Mount Elgon but we will get there.

Fast forward several months later and Jane and Albert finally arrived in Kenya and we got to do a quick run of Nairobi visiting the Nairobi National Museum, eating some food in Kilimanjaro restaurant, walking around the streets and having dinner at the Carnivore restaurant which is one of those hyped must do in kenya. Well, sometimes you just have to feed the hype but then after this, that’s where the real trip starts.

The day started early morning as will every other day after this. I met Jane and Albert at the Boma hotel by 8.30am. We received the rental car and we set off. We made a quick stop at The Hub Karen mall and bought a few camping stuff and cutleries which we almost never used and we were off again. Driving outside Nairobi, we went down the magnificent rift valley escarpment towards Maimahiu. We made our first stop at the travellers church, also known as the MaiMahiu catholic church. This was an interesting stop because this church is the smallest known church in Kenya and possibly the 2nd smallest in the world. We walked around, took some pictures and we were off again. The plan was to drive all the way to Maasai Mara but Albert decided last minute we checkout Mount Suswa. I have done a video before on Mount Suswa which you can check out but all I can say is that Mount Suswa is still a very stunning hill. We reached the peak after climbing through a treacherous route. At the top, we spent a few minutes and we were off again. While leaving Mount Suswa, we experienced our first mishap which was a tire puncture. At this point, we also realized we were missing one tool which would help with lowering the spare wheel tire and ended up waiting 30minutes for someone to pass who was able to help us with a pliers which we used to lower the tire. We did manage to change the tire and By the time we got to Narok town, it was late in the evening. We fixed the tire at a nearby repair shop and decided to go to Maasai Mara the next day very early in the morning. The day ended in a roadside hotel in Narok town. I did a terrible job of documenting the foods we ate but the entire time, we made sure we only eat local foods. At no point did we eat any commercialized foods like buggers, pizzas and the likes. It was always typical kenyan foods like githeri, lots of ugali, skuma wiki and different types of meats.

5.30am we were off heading to Maasai Mara and when we were less than 30kms from the main gate, the tire that had been repaired got another puncture. The tire was unrepairable and going to a national park without a spare tire is a bad idea. We had to retrace back to Narok town to buy a new tire. That set us back 3 hours and we were off again to the park and reached the park 10am in the morning.
This was our first time to the maasai mara and we all had this thought that maasai mara is overrated. We were so wrong! Right from entering the Sekenani gate, you are greeted with zebras, monkeys and antelopes. The roads are mostly well maintained and the drive turned out to be very scenic with beautiful landscapes.
Jane and Albert had been avoiding to travel to Kenya because it is a popular tourism destination. Because of the pandemic, they thought it would be a good opportunity to visit, since most places will not be full of people or cars and their argument was correct. There were not so many vehicles in the park despite the day being a new year’s eve. The drive was very fun and we got to explore the park for hours. We saw lions lying on the grass, elephants taking a stroll, giraffes staring at us. Buffaloes grazing in large herds. Maasai Mara did leave something in my heart and even with all the hype, I will highly recommend it to anyone who hasn’t visited. We visited the serena lounge which is inside the park and had some dinner before we retired to our camping site.
The campsite was not well maintained and was very bushy. The rains made the night worse for me because my one year old tent had a small leak which made my feet wet the entire night. We even forgot 2020 was coming to an end and morning will be a new year 2021.

The day started early as usual which was a relief for me because I hardly had any sleep from all the rain. We started our early morning drive in Maasai mara still marveling at the stunning landscapes and then one of the rarest things happened to us. People visit national parks for years and never get to see a leopard. Leopards are known to be masters of disguise and they can seat very high on trees making them very hard to spot. We were very lucky to find a leopard strolling along the road. We followed it for 25 minutes and it was definitely our highlight of Maasai mara. We exited Maasai mara around 11.40am through the Oloololo gate and our next destination would be Thimlich Ohinga prehistoric site.

The journey was through a rough road that is easy to get stuck in. We passed through Migori town which is the nearest big town and proceeded to Thimlich Ohinga. Thimlich Ohinga is referred to as the best preserved prehistoric site in Africa only after the one found in Zimbabwe. At the location, you get to learn about Luo culture and get to see the structure that was built in the 16th century and is still standing.

We didn’t stay long in Thimlich Ohinga because we were running late and we intended to reach Homabay town where we will spend the night. I don’t have many pictures or videos of homabay town but it is a very busy town and its biggest economic activity can be said to be fishing since it’s right next to Lake victoria. The night in homabay town was not that pleasant though as the hotel we slept in was in right in the town and there was a lot of noise from motorbikes, a church that was having a late night worship and a club which was playing loud music upto 11pm in the night. Then there was a group of football lovers who were maybe drunk and decided to review the game they watched very loudly right outside the hotel.